Debt collectors are in the business of collecting on your debts. The result is that debt collectors have to employ pressure tactics to get people to make their payments so they can close their account and be paid for their time and their services. While the majority of collectors collect unpaid accounts in a morally responsible way, there are fishy techniques that some of these companies use to get people to pay up, and to pay up now. In fact, some are not actually run by legit companies.

Common Collection Scams to Look For 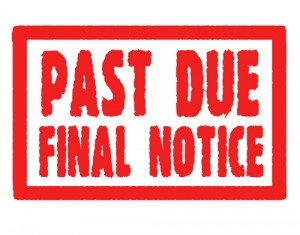 One of the biggest scams is one in which the collector calls the debtor and tells them that they need to pay off an old debt. An old debt is one that is seven years or older or one that has exceeded your state’s statute of limitations, whichever one is longer. Old debts are to be discharged and the collector is not allowed to call and demand payment for an old debt. Don’t fall for this tactic.

Another common collection scam is when a company buys old debts from a bank or creditor. The company then looks someone up, calls them, and then starts harshly demanding payment. This company does not have any verification that the person that they are talking to is the actual person that has the debt, and they may call all of the people with that name that are listed in public profiles until they find someone who will own up to the debt, hopefully getting them to pay it off. If someone calls you and cannot verify your personal information for you, you should assume it is a scam. Remember not to offer your information to them, but to have them give it to you and also verify where the original debt came from. 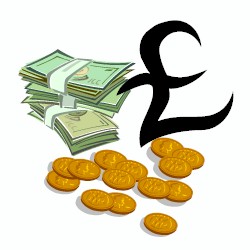 One of the most common collection scams is for the creditor to actually tell you that they are going to take you to court or have you arrested if you do not make a payment. A creditor can call you and ask for payment, but under the Fair Debt Collection Practices Act a creditor is not allowed to threaten to take you to court, to sue you, or have you arrested. If someone does use this scare tactic refuse to deal with them. Let them know that you know what the laws are.

It’s important to remember that you need to pay off your old debts. If you cannot make the payment or someone is trying to pressure you to make a payment you need to watch what you say. The reason for this is that in a lot of jurisdictions if you make a partial payment or admit over the phone or through the mail that the debt is yours, it will make an old debt new again or will verify that you need to pay off the amount due. If you receive a demand for a payment on a debt that is not yours, respond in writing and let them know that it is not your debt. This is called a dispute and you need to do this, otherwise it is assumed that the debt is yours and it will appear on your credit report until you pay it off.

Make sure to think of yourself first when collectors call. Remember that most collectors who are calling you are not trying to scam you, they are simply trying to do their job. Unfortunately for you, their job is to get their money back from you and this isn’t always a pleasant experience, especially when you don’t have the money to pay. Just remember that you can’t get blood from a stone, and if you can’t make a payment you don’t need to give in to pressure tactics. Remember that under the Fair Debt Collection Practices Act that you have rights, too.