When you vote in an election you may assume that your vote counts, but does it? How do you know if the election that you have voted in was really tallied in the appropriate way? How do you know that someone has not tampered with the machines or that your actual ballot has not been changed to reflect the way someone or a group of people would like the election to go? How do you know that the person voting in the booth beside you has not been coerced into voting in a particular way? The answer to all of these questions is that you just don’t know. All you can do is keep voting and work to limit and eventually do away with election fraud. Unfortunately, election fraud is as old as elections themselves, because there are always people with different agendas involved, all of which want to have things go their way. 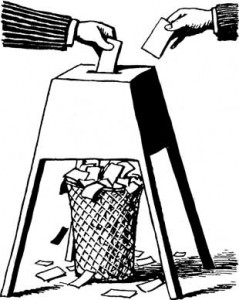 One of the most common types of election fraud includes voter intimidation and even coercion to change a vote or vote in a specific way. This can be done by individuals threatening violence to those that vote in a specific manner. Voter intimidation also refers to disrupting the polling process such as bomb threats called into the polling locations. This is a very common type of election fraud because it is often the easiest to get away with because the voters are so intimidated that they will do what they have been told to do and they are too afraid to tell anyone about it. Buying votes is also a common technique, where one person or group of people will intimidate voters into selling their votes to them.

Physical tampering is actually a big problem with elections. There are many different types of physical election fraud and they include ballot stuffing, booth capturing, the theft of ballot boxes, and destroying election materials. Ballot stuffing is also known as ghost voting and it is the process of voting for people who do not exist. Booth capturing is not a problem in the United States but it is common in other areas and this is where someone will take over a voting booth and force the voters to vote in a specific manner.

Many people have found that with the increasingly technical way in which we vote that tampering with the voting machines is the most straight forward way to commit election fraud. It has been found that there are some people who have or attempted to change the voting software so that each of the votes against a person are changed to votes in their favor. There have also been reports of the actual voting hardware being changed or replaced so that the election favors one candidate over the other. In many cases it is people who have authorization to service or be in the presence of the machines that often tamper with them. 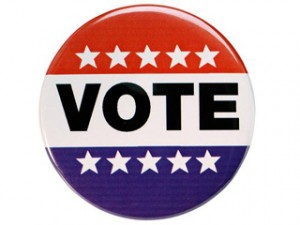 In addition to these more obvious forms of election fraud there are also less noticeable forms of fraud taking place in elections around the world. These include vote selling, impersonating a voter, importing voters, inflating voter lists, and even those who are pretending to help a disabled person to make their vote while voting for their candidate of choice. There are many forms of election fraud and they are becoming more sophisticated in some ways, but in other ways these very basic forms of voter fraud are still taking place and they are hard to catch and even harder to prove.

There are many different organizations that are working to prevent election fraud. Many people believe that democracy is not really alive in any country anymore because of the prevalence of election fraud and the impact that it likely has on the results. There is no way to know how many of the votes that are placed in any given election are fraudulent or how many have been tampered with in one way or another. With elections being so close today, fraudulent votes could easily sway and election one way or another, especially when you consider that there is a margin of less than 0.1% in many of the most recent elections!